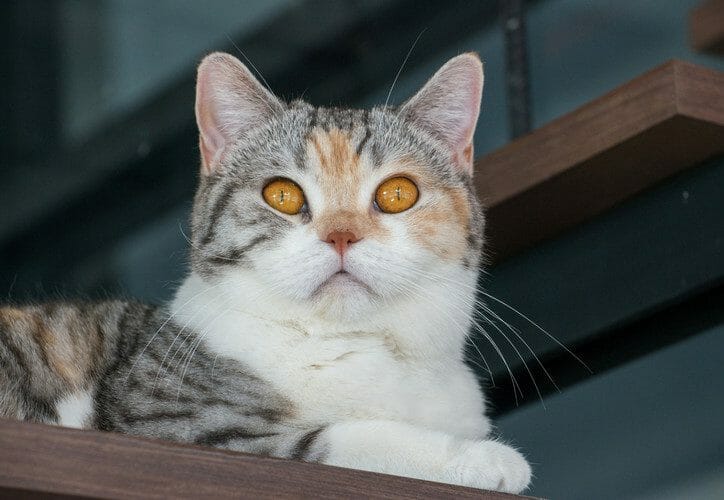 What Is an American Wirehair Cat?

The American Wirehair cat is a large feline with a notably wiry coat. However, the nature of the cat’s hooked or crimped hair is often not apparent until the cat reaches maturity. An American Wirehair kitten may have tight curls that become looser as it ages. The breed can be found in a wide variety of different colors and markings.

The American Wirehair cat breed is known to be affectionate, playful, and independent—making them an excellent companion. In 2017, the breed was named the rarest by the Cat Fancier Association. 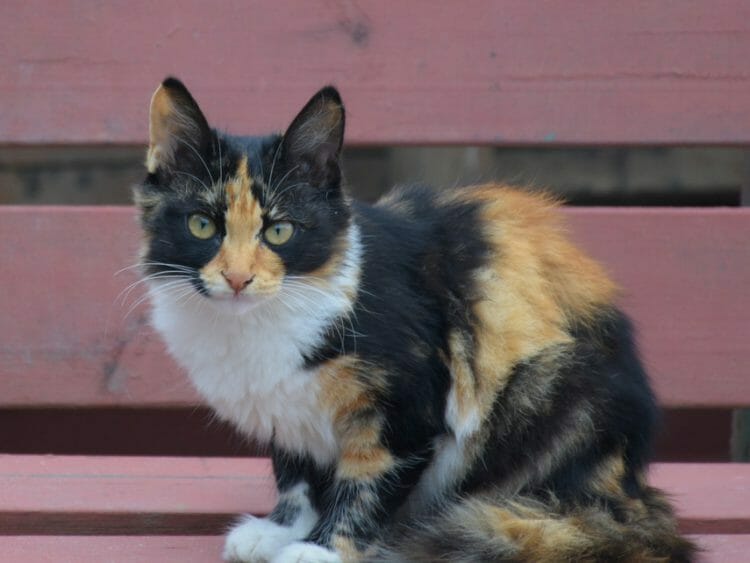 This relatively new breed is the result of a random spontaneous mutation of an American Shorthair cat. The first occurrence of this mutation was in a litter that was born to a pair of barn cats in upstate New York in 1966.

Out of five kittens born, one male had a red and white coat that was wiry. Noticing how different the kitten appeared to be from its siblings, the owner called a local Rex breeder to look at it. The breeder gave the owner $50 and took the wiry-haired kitten, along with one of its female siblings. The wirehaired cat was given the name Council Rock Farms Adams of Hi-Fi, and his sister was called Tip-Top.

The two cats were bred to produce additional wire-haired kittens. Many of these were sold to other breeders. Eventually, as the numbers of the wirehaired cats grew, the breed began to be exported.

Soon after, in 1967, the breed was officially recognized by the Cat Fanciers Association before being accepted to compete in competitions in 1978.

Despite the widespread popularity of the American Wirehair in countries such as Germany and Canada, the breed is yet to be found in many countries, including Australia and the United Kingdom. 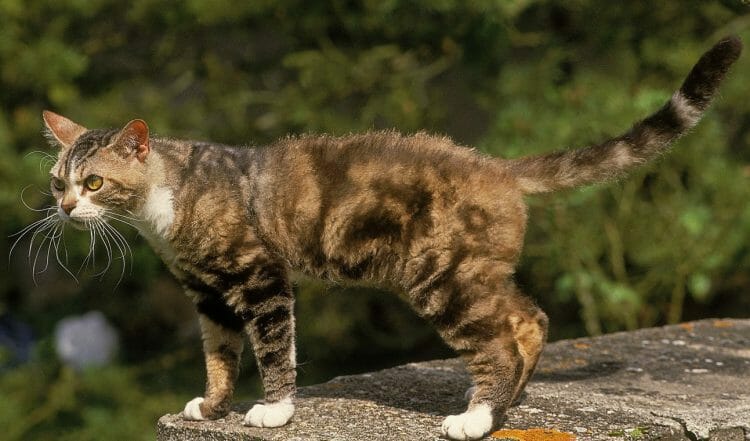 The American Wirehair have much in common with the American Shorthair from which it is descended. (The American Shorthair is one of the 10 most popular cat breeds.) The texture of the coat is the primary difference between the two breeds. The hair of the American Wirehair is coarse and crimped, with wavy or bent hairs around the ears and body. Many cats even have whiskers that are curly too. Although the breed is typically short-haired, the coat can grow longer during the colder months.

The bodies of American Wirehairs are medium to large and are muscular and thick. Typical weights are between 8 and 12 pounds. The Wirehair’s large eyes are blue, gold, or green and tilt in the outside corners.

The coat of the American Wirehair Cat can come in a variety of colors, including: 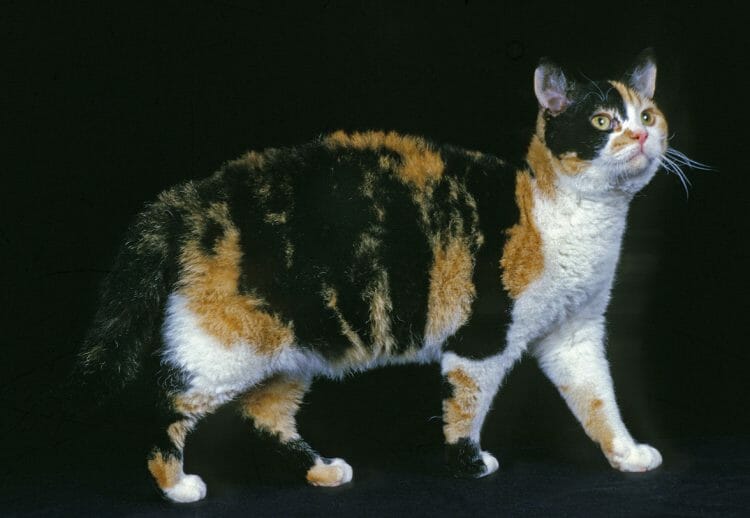 Coats can be either solid or patterned. Some of the possible patterns include:

With a crimped coat, the American Wirehair keeps any loose hairs close to its skin. Because of this, many people regard the breed as being hypoallergenic. Although the breed is not entirely allergen free, the curls in the coat prevent many owners with allergies from having a reaction. 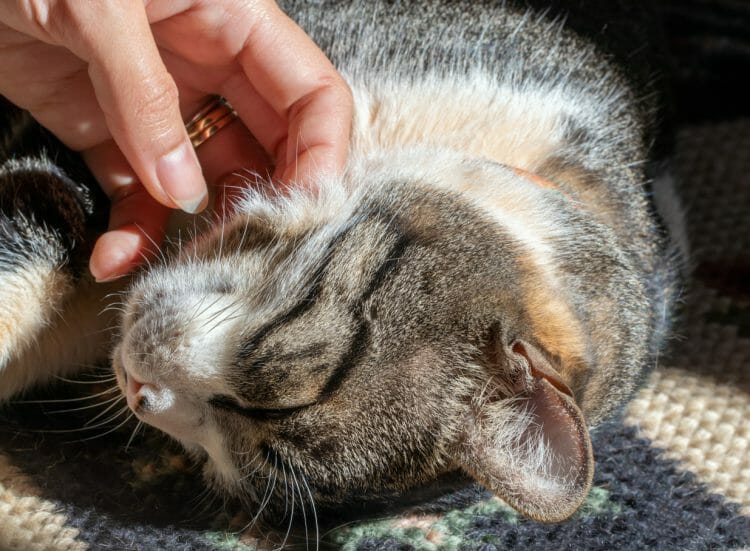 American Wirehairs are friendly, affectionate, and adaptable. Both tolerant and playful, these felines get on well with children. This makes them the perfect companion pet for individuals, couples, or families. When introducing an American Wirehair to young children, it is always important to teach the child to be gentle and respectful to the cat. Homes with other dogs and other animals pose no issue to these cats.

Specific characteristics can differ based on the individual cat—with some making suitable lap cat. Regardless of how close the Wirehair gets, it will usually enjoy spending time with its owner and will often seek out attention and affection.

Typically, a male Wirehair will be laidback, while females of the breed pay more attention to everything that goes on around them. Although less verbal than many other breeds, these cats find skillful ways to communicate with their owners.

Always able to amuse itself, the American Wirehair appreciates being given toys to interact with. Puzzles that contain treats can keep these cats entertained for long periods of time, while also enriching and stimulating them. It is possible to train desirable behaviors (such as using the scratching post) as this is a cat that enjoys learning. 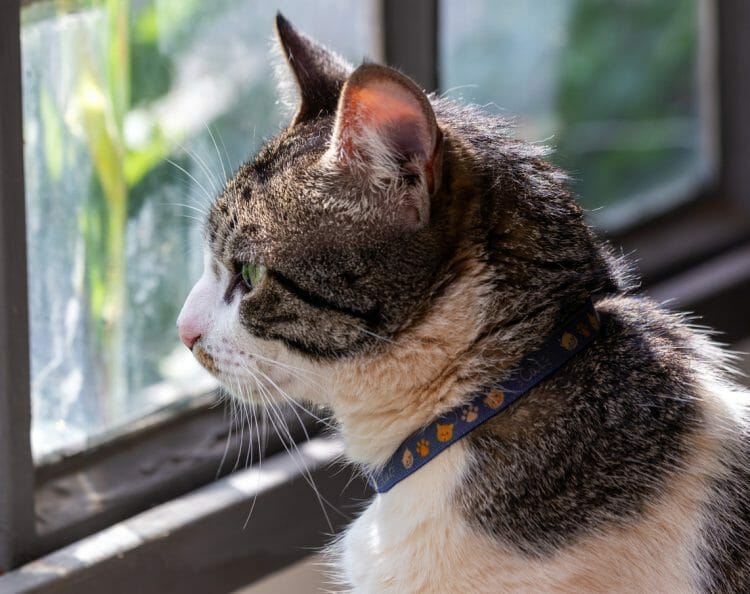 Every cat is at risk of developing a genetic health problem. As an owner, it is important to understand which conditions a feline is most likely to be susceptible to and have the animal screened accordingly. Although the American Wirehair is typically a healthy cat, it shares similar concerns to the American Shorthair, which it is often crossed with. One of the major health concerns affecting this breed is hypertrophic cardiomyopathy.

One of the most common types of heart disease affecting cats, hypertrophic cardiomyopathy (HCM) causes the muscles in the heart to thicken. This impacts the effectiveness of the heart, making it difficult to pump blood around the body.

To diagnose the condition, a veterinarian will carry out an echocardiogram. There is no cure for this condition. However, medication can be used to manage its symptoms. HCM is often a progressive disease which can lead to heart failure. Early screening will ensure the appropriate treatment strategies can be put in place to improve the prognosis.

Hip dysplasia is another genetic condition that is known to affect this breed. This occurs when the two parts of the cat’s hip joint grow at different rates. When the joint is malformed, it prevents smooth movement and can become partially dislocated. The friction between the two parts of the joint leads to its deterioration, as well as osteoarthritis.

To diagnose, a veterinarian will take an X-ray of the affected joint. Treatment is usually a combination of anti-inflammatory drugs, supplements, and hip replacement surgery. Again, early screening for this condition will allow for timely intervention and an improvement in prognosis.

As with all cats, it is recommended that the cat receive regular veterinary check-ups and all recommended vaccinations (such as those for distemper and rabies). Daily tooth brushing will help to prevent gum disease, and regular exercise and a healthy diet will prevent obesity.

When looking for an American Wirehair for sale, it is always advisable to check adoption centers first. Always adopt from a no kill rescue shelter, as they will never put healthy cats down.