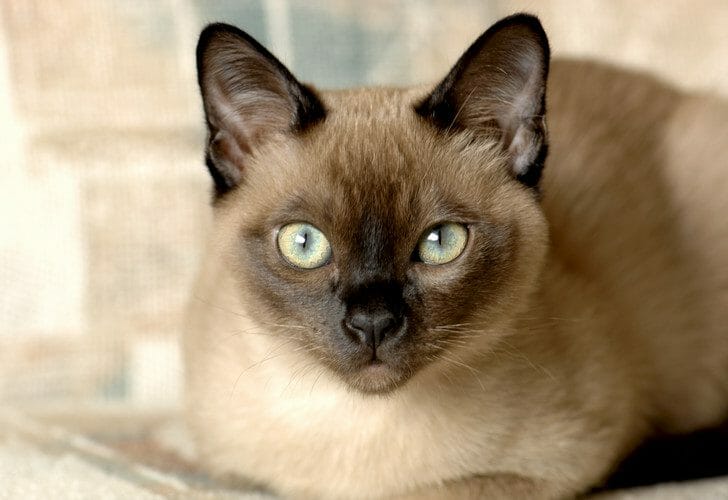 Tonkinese cats do not fit the stereotype of aloof cats. Instead, Tonkinese (also known as Tonks) are friendly, loving, and crave companionship. Tonks love being in the center of the action—from greeting visitors at the door to jumping onto a shoulder for a ride. If something is happening, the Tonkinese will supervise, participate, and offer commentary. Yet Tonks also love to curl up on their owner’s laps for cuddle time.

Tonkinese are intelligent and curious. They enjoy games such as tag, fetch, and hide and seek. They are masters at puzzle toys, excellent jumpers, and can be trained to walk on a leash. A Tonk will not be satisfied unless it has lots of stimulation in the form of toys, climbing towers, and scratching posts. They have been known to invent their own games and enjoy clowning around for the entertainment of themselves and others. Tonkinese kittens do not lose their goofy personality as they age and become affectionate and playful adults.

As might be expected from a cat descended from Siamese, Tonkinese cats are known for their talkativeness—often speaking at length to their owners. However, a Tonk’s voice is not as loud and raspy as a Siamese’s voice. Some describe the Tonkinese voice as similar to the soft quacking of a duck.

Because of their social nature, Tonkinese do not like being left alone. They will thrive in a busy and active household with small children, dogs, and other cats. However, their constant need to socialize may get on the nerves of pets who are more standoffish. For this reason, two Tonks are better than one as they will keep play and keep each other company. 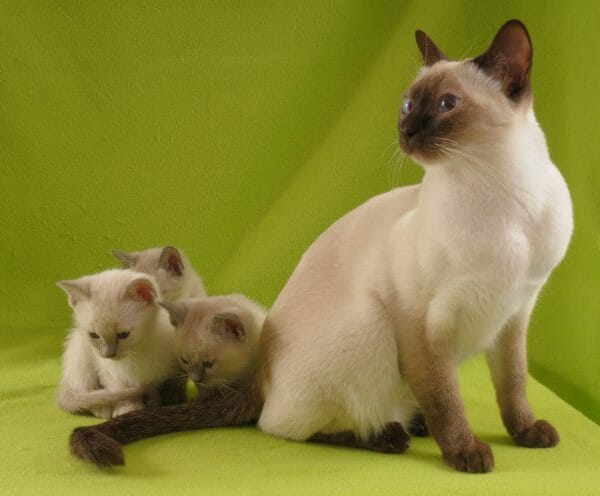 The Tonkinese is a cross between the Siamese and Burmese cat breeds. Many believe the Tonk combines the best aspects of both breeds. A medium-sized feline, Tonkinese are quite muscular, which makes them surprisingly heavy. However, their muscular build allows them to jump to great heights.

The Tonkinese body is well-proportioned. Their heads are a slightly rounded wedge shape—a bit longer than wide. Ears are medium-sized and broad at the base. These felines have slim legs and oval paws. Their tail is tapered at the end and in proportion to their body.

Tonkinese eyes are almond-shaped and can be a variety of colors, including aqua, blue, green, violet, and yellow-green. Eye color will correspond to specific coat colors and patterns. 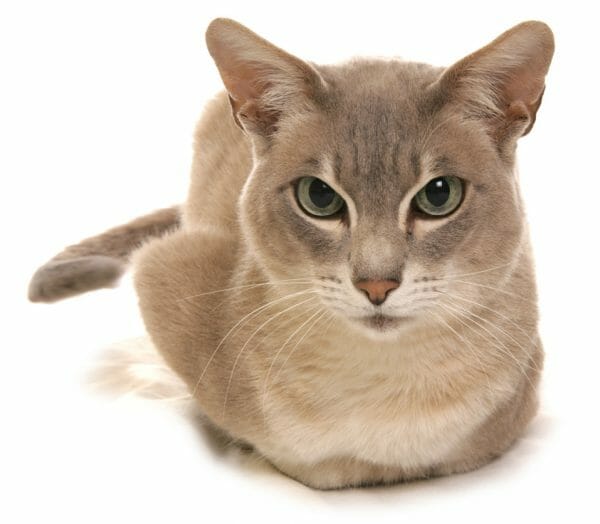 The Tonkinese coat is short, soft, and silky with medium thickness. This feline comes in 12 varieties of colors and coat patterns. The base color refers to the color of the face, ears, tail, and legs (known as “points”). The four base colors are:

The three coat patterns of Tonkinese cats are: 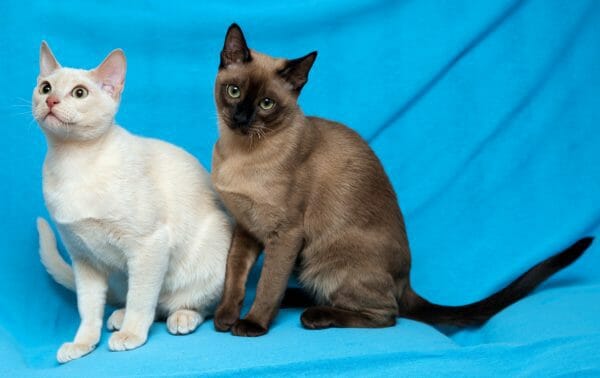 Below are some interesting facts about the Tonkinese cat breed.

The Tonkinese cat can trace its history to the Ayudha Period (the late 1300s) when it was included in “The Cat-Book Poems of Siam.” However, the modern history of the breed usually begins at a British cat show in the 1880s, where the breed was referred to as a “Chocolate Siamese.”

The breed kept appearing in Thailand and Burma (now Myanmar)—most likely due to natural mating between Siamese and Burmese cats. In the 1930s, one of these cats—named Wong Mau—was brought to the United States. Wong Mau became the mother of the modern breeds of Tonkinese and Burmese cats.

The first human-directed breeding between Siamese and Burmese cats is attributed to Milan Greer, who began cross-breeding these felines in the 1950s. Although Greer stopped his breeding program, other breeders continued the practice, most notably Jane Barletta and Margaret Conroy. In 1967, the Canadian Cat Association registered a breed named the “Tonkanese.” The name supposedly referred to the musical South Pacific, which features an island where “half-breeds” were not discriminated against. However, in 1971, the name was changed to “Tonkinese” because of confusion about the spelling. The current spelling refers to the Bay of Tonkin in Vietnam—although the breed has no association with that location or country. 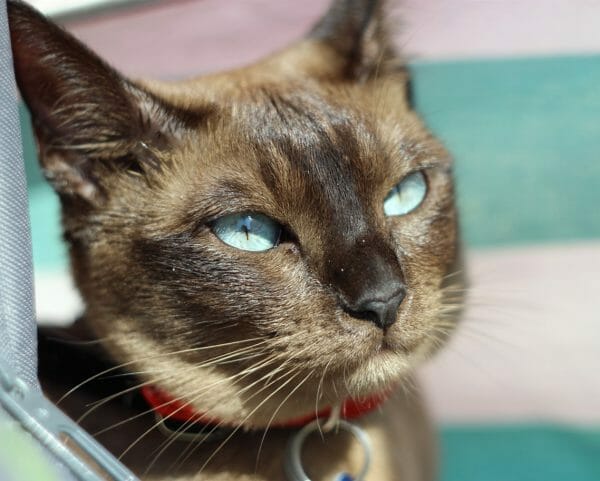 Weekly brushing is one of the few grooming requirements for the Tonkinese, in addition to regular nail trimming and ear cleaning when ears look dirty. However, these felines are prone to dental disease so frequent tooth brushing is recommended. Baths are rarely needed as the Tonk is a fastidious self-groomer. This breed tends to shed less than other cats.

Mental and physical stimulation is critical for these active and intelligent felines. Providing interactive toys, cat trees, and other physical outlets is important or a Tonk may become bored and cause problems. Tonks can be trained to walk on a leash. However, because of their sociable and friendly nature, Tonkinese should be kept indoors (unless leashed) as they may be vulnerable if allowed to go outside.

Tonkinese cats are generally healthy, with an average lifespan of 15 to 20 years. However, as with all felines, they require routine check-ups with a veterinarian and should be protected with the recommended core vaccines, including the FIV vaccine. Owners can prevent obesity by feeding these felines high-quality cat food.

Because Tonks are descended from Siamese cats, they may develop some of the same genetic diseases, such as amyloidosis. Some other possible health concerns for Tonkinese cats include: