URI’s are all very common in cats, especially those that are prone to illnesses or have a debilitated immune system.

Owners should rest assured that this is an illness that usually does not last more than a week or so. Most cats that are healthy overall have no problem defeating a URI on their own. Some cats may require antibiotics, which can be obtained at a vet’s office. 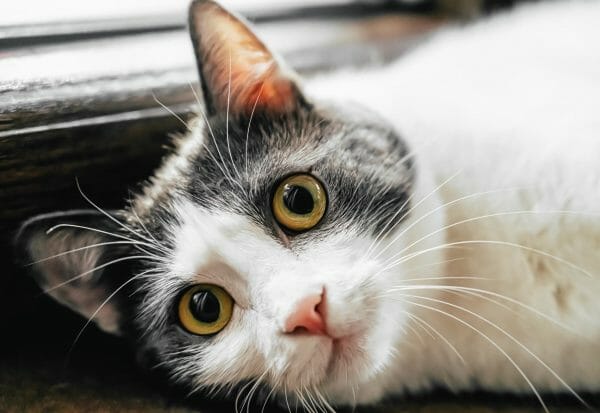 Upper respiratory infections are usually viral or bacterial. In terms of viral infections, the feline herpesvirus (FHV-1) and the feline calicivirus (FVC) are most frequently the causes.

On the other hand, when it comes to bacterial infections, C. felis and B. bronchiseptica are the usual perpetrators of URIs.

How Are URIs Contracted?

Hot spots for upper respiratory infections include places where large quantities of cats are housed in close quarters. Bodily secretions of sick cats, such as saliva, can easily infect other felines. Cat shelters or pet stores are common breeding grounds for URIs.

Cats that have never previously received vaccines to protect against illnesses, such as a URI, stand a high chance of getting infected.

Once a cat has internalized the infection, there is a chance it could become a life-long carrier of the illness.

URIs in cats often manifest in distinguishable physical symptoms. Like humans, cats also get the common cold-like signs of infection with a URI.

The bullet-points below details the common signs seen in URIs:

After observing symptoms like this, it can be tempting to assume that it’s a URI and that the cat will fight it off on its own. In some cases, this may be true.

However, to ensure the cat’s health, it should be taken to the vet to confirm if it is an upper respiratory infection.

Several of these symptoms are common in other illnesses, so it is ideal to err on the side of caution and allow a vet to examine the cat.

In normal cases of upper respiratory infection in cats, the infection will last from 10 to 14 days. This can be shortened or prolonged, depending upon if the cat is being treated with antibiotics or another treatment method. 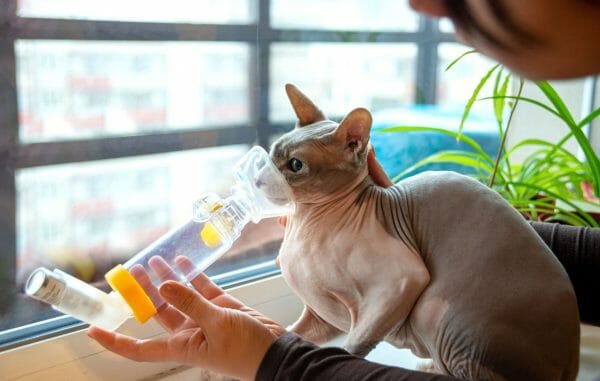 When is it Time to See a Vet?

If a cat comes down with a cold, it can be monitored by the owner to see if it goes away on its own. However, there are tell-tale signs that come from a URI that are signs a cat should be taken to the vet as soon as possible.

Basically, if the cat fails to improve within a week or it even worsens, it must be taken to the vet.

Since URIs resemble the common cold symptomatically, it is usually a straightforward diagnosis process for a vet. A simple examination may be all it takes.

It can be another story, however, if the cat is persistently getting upper respiratory infections. At this time, the vet may want to employ other methods of diagnosis to determine the underlying cause of the recurrent URIs.

Methods of Diagnosis for Chronic URIs

If the infection is suspected to be viral in nature, one of the standard ways that a vet can accurately identify an upper respiratory infection is to take samples of the secretions coming from the cat’s eyes or nose.

By doing this, analyses can be made of the secretion to determine what type of virus is present. 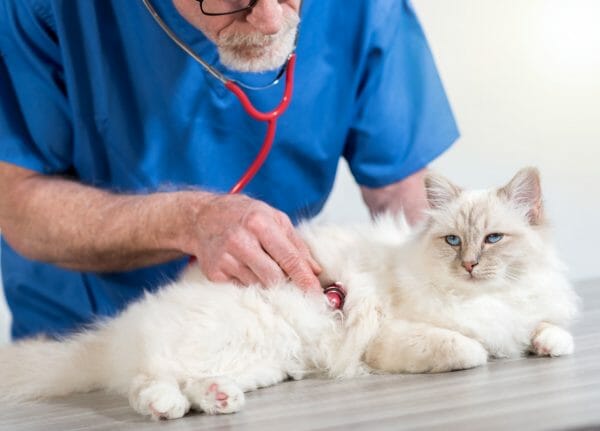 In most cases, especially those cases where the infection is viral, not much can be treated in the cat. In cats with hardy immune systems, an upper respiratory infection should go away entirely on its own within a week or so.

Naturally, there are some ways to aid in the cat’s recovery. By doing things like wiping off the built-up discharge from the nose and exposing the cat to a humidifier or hot shower, cat owners can alleviate the cat’s experience with a URI.

Some may even suggest using apple cider vinegar for upper respiratory infection in cats.

For serious treatment interventions, though, home treatments are not recommended for URIs. There can be preexistent complications that may be facilitating the infection. These complications may worsen the upper respiratory infections considerably.

Cat owners are advised to seek medical attention and prescriptions from the vet. This way, the vet can examine the cat, run tests (if needed), and adequately treat the illness.

When the cat has previously contracted things like feline leukemia, feline immunodeficiency virus, or diabetes, vets must be seen. Cats like this have poor immune systems and need additional attention.

If the cat upper respiratory infection not responding to antibiotics like Convenia or amoxicillin, the vet may suggest another round of antibiotics or a different one altogether.

The cat’s vet will be the best judge of what is best for the cat, given its medical history and current diagnosis. There are other cat illnesses you might want to read about now, but taking your cat into the vet right away is our best recommendation.