What is FIV in Cats?

In the same way that people experience the devastating diagnoses of HIV and AIDS, cats are also susceptible to a communicable virus known as feline immunodeficiency virus (FIV). FIV is the same as HIV, except it only occurs in cats, not humans.

Feline immunodeficiency virus, when activated in the cat’s body, wreaks havoc on the immune system. This leaves the cat wide open to viruses, sicknesses, and infections that it may come into contact with on a daily basis.

About 3% to 5% of all cats receive an FIV diagnosis per year.

Although some sources may indicate that FIV is deadly to all cats with it, this is false. It can remain in a latent state for months and years. In some cats, the virus never becomes active. Only in the case where the virus becomes active is it almost always deadly.

When the virus shifts from inactive to active, it changes from FIV to immunodeficiency disease.

Life expectancy depends largely upon the status of the virus. For inactive viruses, life expectancy is about as long as it is for any normal cat.

It is only when the virus begins to function and produce symptoms that the body begins to weaken considerably, thereby shortening the life span.

In a study conducted in North America on cats with FIV, it was found that, at the 6-year mark, over half of the cats were experiencing no repercussions of the diagnosis. On the other hand, about 20% of the cats with functioning FIV had succumbed to the virus by that point in time.

In sum, for as long as the FIV is inactive, a cat can live a wonderfully full life. 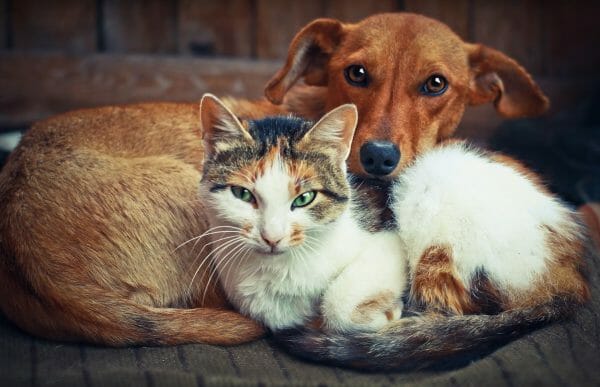 Can Humans or Dogs Get FIV from Cats?

No, humans and dogs CANNOT get this from cats, and vise versa. Cats and other animals cannot contract HIV from humans.

If a cat tests positive, there is no reason to be alarmed or concerned about the safety of humans that come into contact with the cat. Cats can only receive the virus from other cats.

Interestingly, it has been discovered that positive Feline Immunodeficiency Virus cats can live harmoniously with other cats in the same house without passing on the virus. It is quite rare for a feline to pass it on, even with the sharing of food bowls or living environments.

How Do Cats Get FIV?

In most documented instances of feline immunodeficiency virus diagnoses, cat bites are usually to blame for the transmission of the virus from one cat to another. The infected cat’s saliva can seep into the bite wound, thereby efficiently contaminating the cat.

Because of this, cats that frequently get into fights, such as strays or hostile male cats, are most predisposed to FIV. Cat that both spend a majority of their time indoors and have friendly personalities are least likely to ever come into contact with FIV.

There are some unlikely situations where a kitten can be infected with Feline Immunodeficiency Virus by drinking its mother’s milk that is already polluted with the virus.

Other than that, cats that avoid confrontation with strange cats and spend their lives lounging the day away indoors can be considered quite safe from the virus. 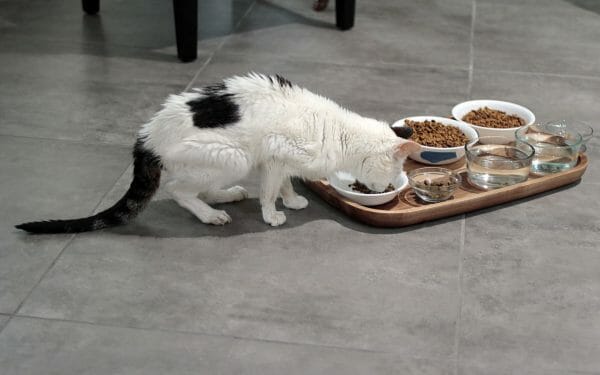 Is There an FIV Vaccine for Cats?

In the past, a vaccine was developed that supposedly ensured a cat’s resiliency against FIV. This was quickly disproven, however.

After a number of erroneous results were found to originate from the vaccine, it was prohibited from being used.

In a few studies, some have suspected that the vaccine may have actually activated the virus in the cat’s system.

Symptoms of FIV in Cats

When symptoms begin to arise in cats with Feline Immunodeficiency Virus, whether the cat has been formally diagnosed or not, it is never a positive sign. It follows that, with the materialization of the symptoms associated with FIV, it is mostly downhill from there.

Symptoms indicate that the virus has switched from dormant to active. At this stage, the symptoms are only signifying the fact that, internally, the virus is taking a serious toll on the cat’s immune system.

Because of this, a primary sign that accompanies FIV is persistent infections and sicknesses in the affected cat.

Here are frequently seen signs of FIV in ill felines:

FIV should not be taken lightly. In some cats, in can become very serious in a matter of weeks. The consequential effects of the virus can be detrimental to the well-being of the cat.

No matter the case, a cat that is exhibiting these types of symptoms should be seen immediately by a reputable veterinarian. Other medical conditions can share a number of these symptoms (such as feline leukemia) so it is important for the vet to verify that FIV is the correct diagnosis. 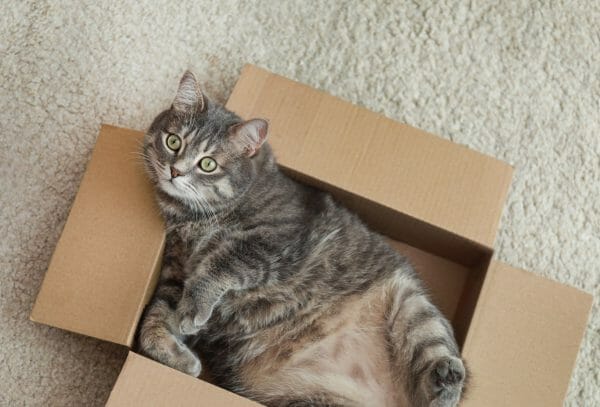 Due to the majority of cats possessing the capacity to live completely normal and healthful lives, many prospective cat owners are willing to adopt them.

One very unfortunate fact about Feline Immunodeficiency Virus, is that once a cat receives the diagnosis, many of them are immediately put down. This is a cruel practice by those that clearly hold onto misconceptions about the virus.

There are many great shelters across the country that are no-kill and that are dedicated to caring for a cat with FIV.

Seattle Area Feline Rescue in Seattle, Washington, is a shelter dedicated to saving helpless cats and those cats that would otherwise be abandoned.

Is There a Test for FIV in Cats?

In order to determine whether a cat is positive or negative, the ELISA blood test is employed by a vet. This particular test works by identifying infected antibodies in the cat’s blood, which would indicate the presence of the virus.

Despite the outcome of the test, the ELISA is repeated again about 8 weeks after the first one is done. This is due to a few factors that may mess with the outcome. If both tests reveal a positive result, then the vet will be able to officially diagnose the cat with FIV.

Other diagnostic testing may be used by the vet to establish a diagnosis. It is up to the discretion of the vet. 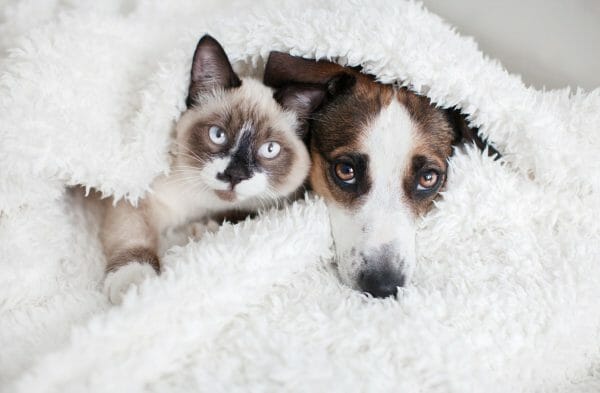 When is it Time to Let Cat with FIV Go?

Unless the cat is suffering tremendously with end stage Feline Immunodeficiency Virus, there is usually no instance where the cat will have to be put down. This is an extremely difficult situation for both the cat and the owner.

It is uplifting to remember that most cats can live happily with dormant FIV. It is only in very few cases where putting down a cat should be considered.

If you’re looking for more information on the best cat breeds, we’re adding more to our site every single month.