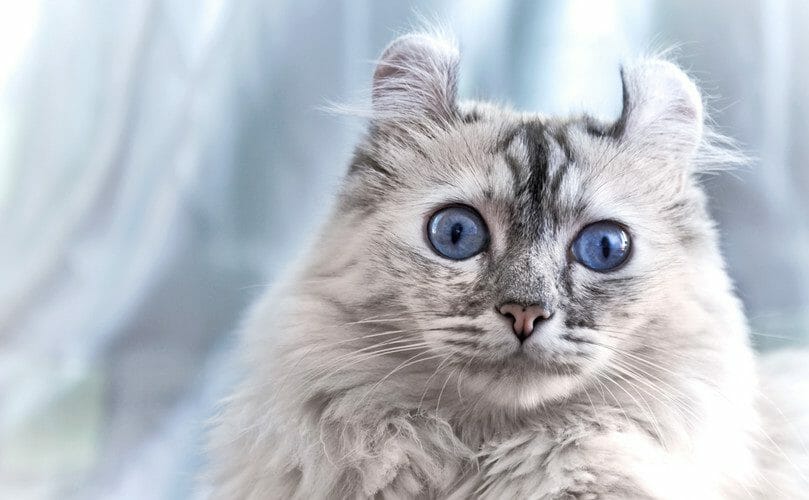 The American Curl cat is one of the youngest recognized breeds of felines. Found in June 1981, the first American Curl was named Shulamith after a princess in the Song of Solomon in the Old Testament. Shulamith started life as a stray before being taken in by Grace and Joe Ruga in Lakewood, California.

Shulamith was just a kitten when she was found. She had long, black, silky hair and ears that curled backward. Eventually, she would go on to have a litter of four kittens with an unknown tom. Out of these kittens, two shared her curly ears.

Geneticists examining Shulamith and her kittens confirmed that the curly ears were brought about by a dominant gene. Soon after, in 1983, the breed was named  and selective breeding began. Three years later, the Cat Fanciers’ Association started taking registrations of the breed.

Every American Curl can trace its lineage from Shulamith. Outcrossing with non-pedigreed domestic cats that share similar traits to the American Curl has ensured that there is genetic diversity and a wide gene pool. However, in 2010, the studbooks were closed, and all subsequent kittens born since have been the result of “Curl only” breeding.

Although not a common breed, these felines are found all over the world, including in the United States, Russia, Japan, and across Europe. 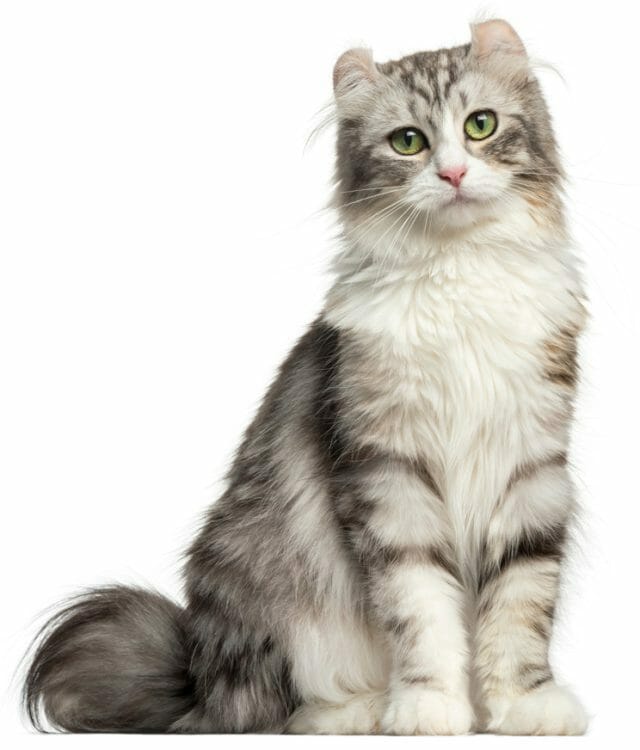 The American Curl gets its name from the trademark bend in its ears, which makes it appear as though they are curled inside out. The degree of curl will vary from being almost straight to having a 180-degree curl.

When they are born, an American Curl kitten will have straight ears. However, after four days or so, the ears will begin to curl back to a varying degree over the next few months until they settle.

Two-thirds of the ear is made of cartilage. This is in contrast to the ears of most cat breeds, which are much softer. However, the upper third of the Curl’s ear is soft. Care should be taken to ensure that the cartilage of these cat’s ears is not damaged.

American Curls come in a vast array of patterns and colors, including the rarely seen lilac and fawn colors. The coat can be either short or long and will lie close to the cat’s body with very little in terms of undercoat.

An American Curl’s head is a modified wedge shape. These felines have round eyes and an oblong body. This medium sized cat generally weighs between 5 and 10 pounds. Maturity is not reached until the cat is between 2 and 3 years old. 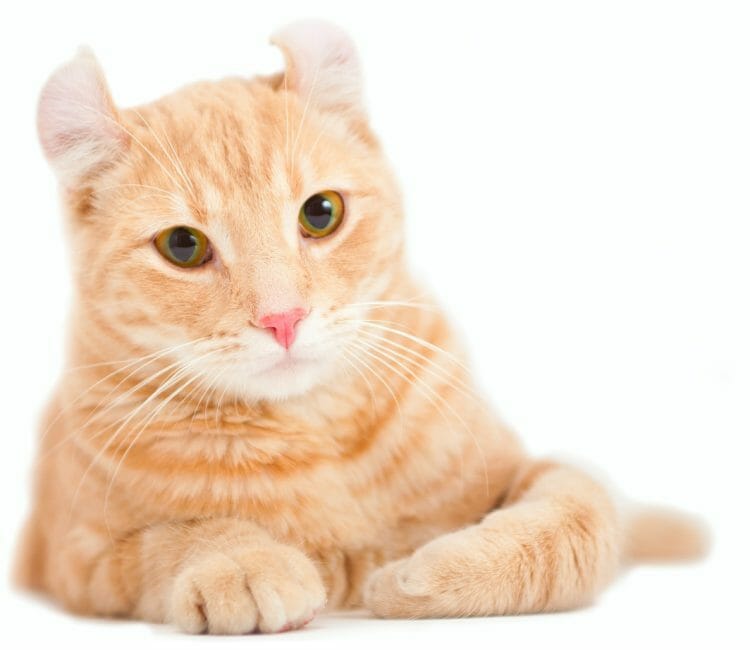 Gentle and friendly, the American Curl loves to be around its human owners. Although many breeds dislike children, this is not the case with these felines. The smart and curious American Curl is active and often follows its owners around the house.

Although not known to be very talkative, these felines will often seek out attention and let you know when they want anything. Whenever anyone arrives in the home, the American Curl will typically greet them and bump their head to elicit affection.

Sometimes referred to as the “Peter Pan” of cats, the American Curl is a breed that never grows up. Often seen running around the home regardless of age, both females and males enjoy equal amounts of activity.

The playful American Curl has the intelligence to learn games (such as fetch) and can also open doors. Although generally alert to everything that goes on around the home, these cats will also happily curl up and sleep on their owner’s laps. 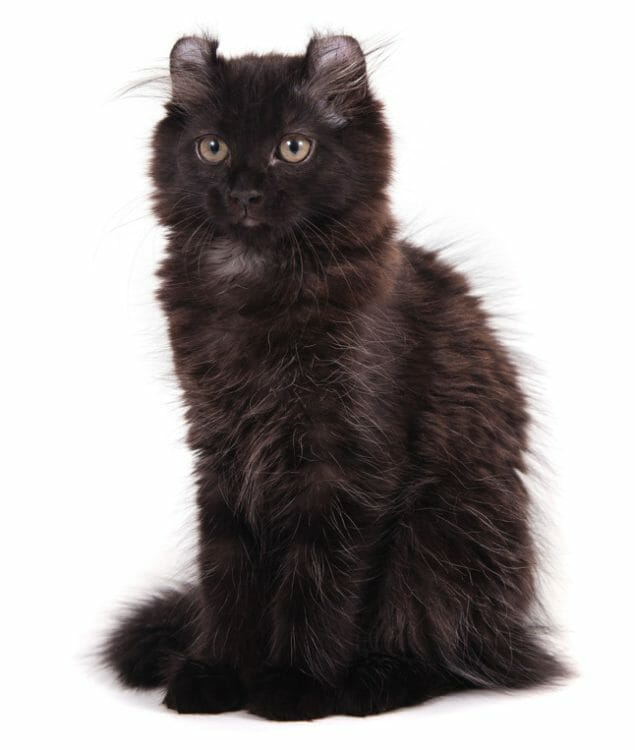 Due to the diversity found in the American Curl gene pool, this cat breed is typically very healthy and is not predisposed to any specific genetic conditions. That said, it is always important to consider that no matter what the pedigree of a cat is, there is always a chance it will develop a health condition at some point in its life.

To keep these cats healthy, owners should provide recommended vaccinations (such as those for rabies and distemper) and regular check-ups with a veterinarian. In addition, preventive medications for fleas, ticks, and heartworm should be provided. Regular teeth brushing will help to prevent gum disease.

Owing to the unique nature of the American Curl’s ears, some of these felines will have narrow ear canals. This can lead to wax becoming trapped which may, in turn, cause ear infections. Regularly checking the cat’s ears for wax will help eliminate any wax build-up and prevent ear infections. For further advice on taking care of an American Curl’s ears, always consult a veterinarian.

Just like any other cat, obesity and heart disease are a concern if the correct balance of diet and exercise is not maintained. Therefore, it is important to provide a good quality diet that is rich in protein. The exact portion size will depend on the cat’s sex, age, and activity level. Treats should only be given in moderation. For further advice on providing a suitable diet, speak to a veterinarian. 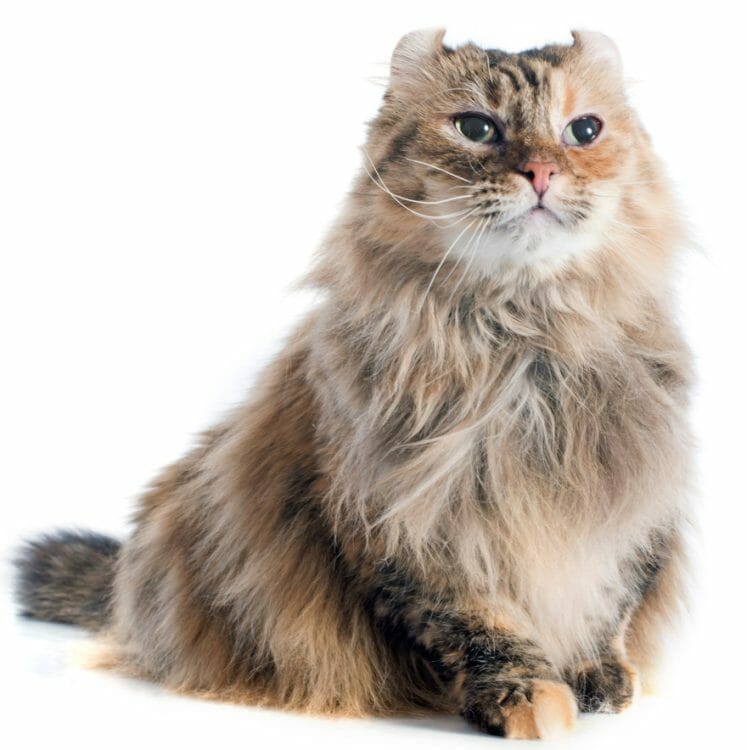 Whether a Curl has short or long hair, it is important to brush them twice a week. This will ensure no matting occurs and will prevent the cat from shedding around the home. Although some breeds only shed as the seasons change, the American Curl will shed continually throughout the year. When grooming a short-haired American Curl, brushing against the grain will free up any dead hairs that lie close to the skin.

In addition to brushing, regular ear cleaning is essential. Use a damp cotton ball and refrain from using swabs as they can cause damage to the cartilage and the inner ear. 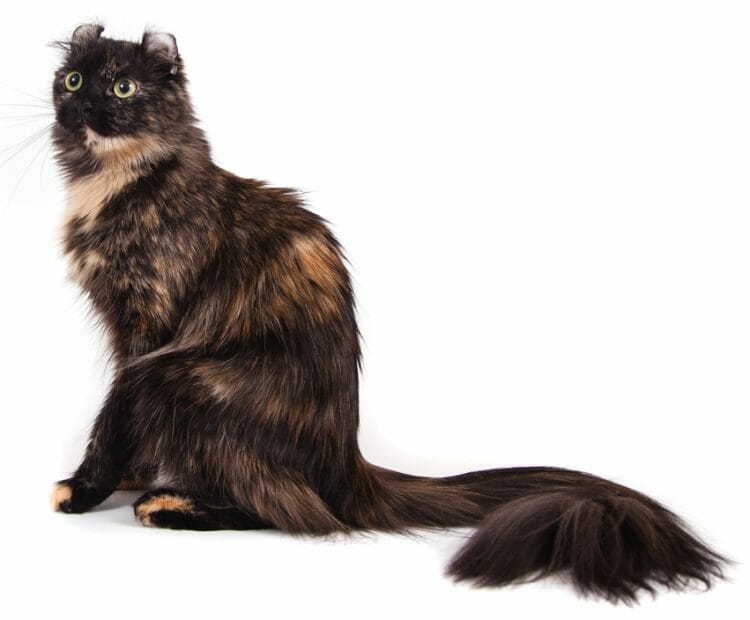 With the right diet, exercise, and environment, a healthy American Curl can expect to live for between 12 and 16 years.