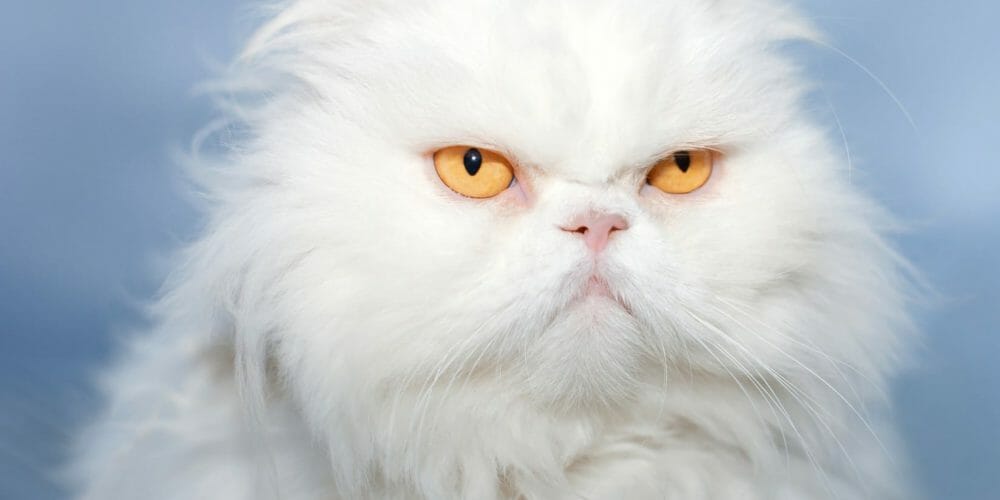 The Persian cat breed is renowned for their elegance and regality as a breed. Having come from Iran (originally Persia), this breed is coveted for its luxurious fur coat and the diverse color variations it can come in.

The Persian breed is famous for its stout, round, medium-sized build. Male Persians weigh up to 14 pounds while females can weigh up to 12 pounds. As far as the average life expectancy, Persians typically enjoy long lives that can last up to 15 or 20 years.

Widely known and loved for their flat face, Persian cats are a highly sought-after breed by many cat lovers. In fact, they are one of the 10 most popular cat breeds. Their circular face features big, rounded eyes, a snubbed nose, and small ears. They also have short legs and a fluffy tail.

Even though almost all Persians have long and thick coats, there are cats within the breed known as Persian Shorthairs. The only uniquely different aspect of these cats compared to the rest of the breed is their shorter hair. 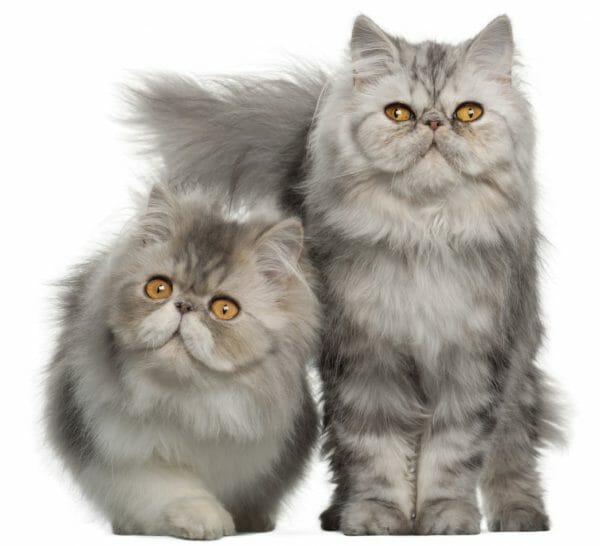 Persians are one of the most common targets for breeding “teacup cats.” These cats are significantly smaller than their normally-sized counterparts, with some teacup Persian kittens only weighing about 5 pounds.

While teacup cats can be adorable and cute to look at, the method of breeding to make them such a small size brings with it countless health problems for the cat. Teacup Persians face issues related to their respiratory system (due to their tiny nose), mouth, and bone structure.

The abnormally small cat struggles to keep up with normally sized cats in terms of activities or energy levels. Prospective Persian owners should be wary of these probable issues before purchasing a teacup Persian.

The grey Persian cat was originally the only type of its breed. However, with the introduction of complex breeding practices, there are now seven unique types of Persians, as designated by the color of their fur coat. 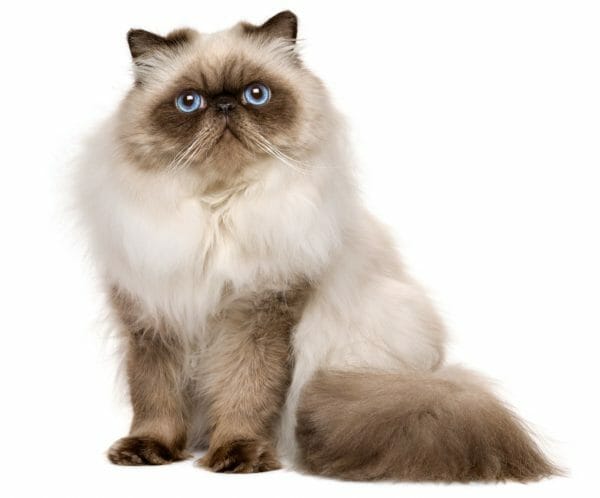 The Persian cat personality is best described as laid-back yet refined in their behavior. They love to relax and nap the afternoon away on the couch. Yet, at other times, they are overflowing with energy and enjoy being playful with others. In most instances, however, Persians maintain a quiet, observant temperament.

Even though Persians love to curl up on their owners or be pampered with brushing, they have independent personalities that can only withstand so much human interaction at once.

This breed also may take awhile to warm up to people. But, once the cat feels it can trust its owners, Persians are sweet, affection cats. They may appear standoffish to new people in the house. The Persian cat breed is ideal for even-tempered children and an easy-going living environment.

Due to their long, thick, and fluffy hair, Persian cats need to be groomed on a daily basis. Daily brushing is the best way to care for Persians and show them love. It is also an ideal way to keep knotted, matted fur at bay.

Because their hair can get so long, some vets recommend they get professionally groomed every so often to trim up their hair. Persian’s undercoats can get mats very easily, which may need to be cut out. This is why daily intensive grooming is a must for Persians. There are many beautiful cats to choose from if you want to read about other cat breeds. 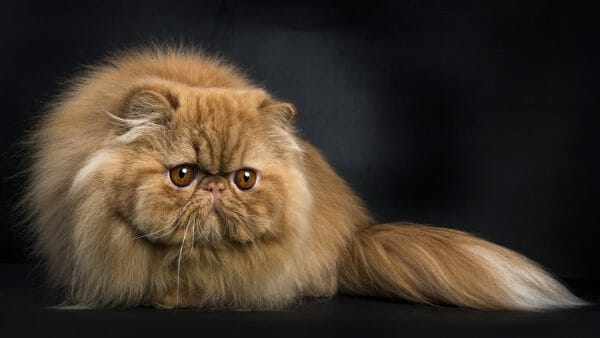 Because Persians are famous for being lazy (since they spend most of their time lounging around the house), frequent exercise and playtime should be part of their routine. Games involving physical exercise are recommended.

It is also important to monitor how much the Persian eats. Overeating combined with minimal exercise will easily lead to obesity and other health issues.

The main health issues that Persians deal with are due to their abnormally flat facial structure. These issues can be made worse if the breeders that produced them did so unethically. It is vitally important to buy Persians from breeders that have documentation to back up their claims. Otherwise, Persians can have all sorts of genetically inherited conditions that are unknown to the buyer at the time.

The health issues most common to the Persian breed are:

Persians are also at a higher risk for arthritis and hyperthyroidism. Like any breed of cat, Persians should be taken to routine check-ups with the vet. If any of the mentioned health issues are suspected, the vet should be notified immediately.