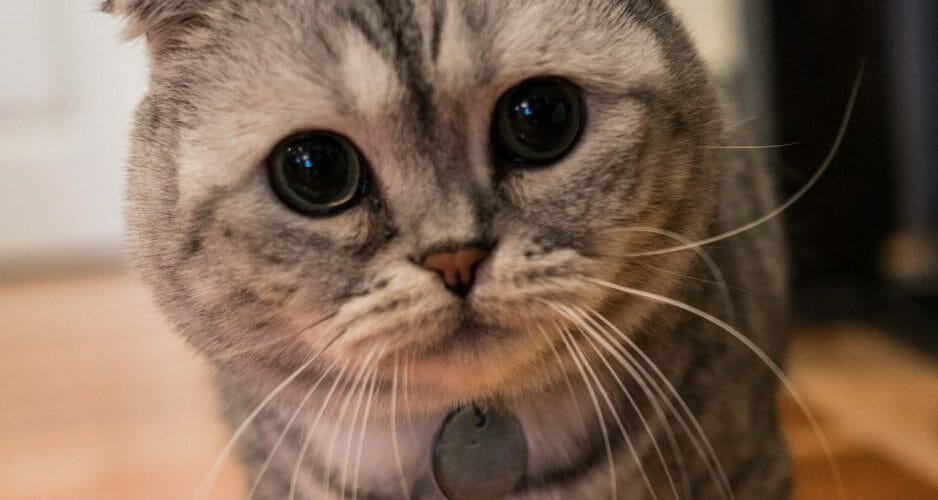 Often compared to the Dachshund dog breed or a ferret, the Munchkin cat breed possesses a similarly elongated body that is quite uncharacteristic for a feline. Given their body shape, this breed is also known as a sausage cat.

In terms of their personality, the Munchkin tends to mirror their curiously adorable appearance. This breed is outgoing, intelligent, and loving to its family members. It loves playtime and often will get along with anyone, from children to canines.

Munchkin cats and kittens also has a sweet side that adores cuddling, receiving affection, and staying close by the sides of its favorite humans.

In spite of its little legs, this feline can run quite fast and needs plenty of time to burn off its pent-up energy.

Munchkin cats and kittens are also easily trainable. They are capable of learning how to play fetch and often respond well to commands for tricks. 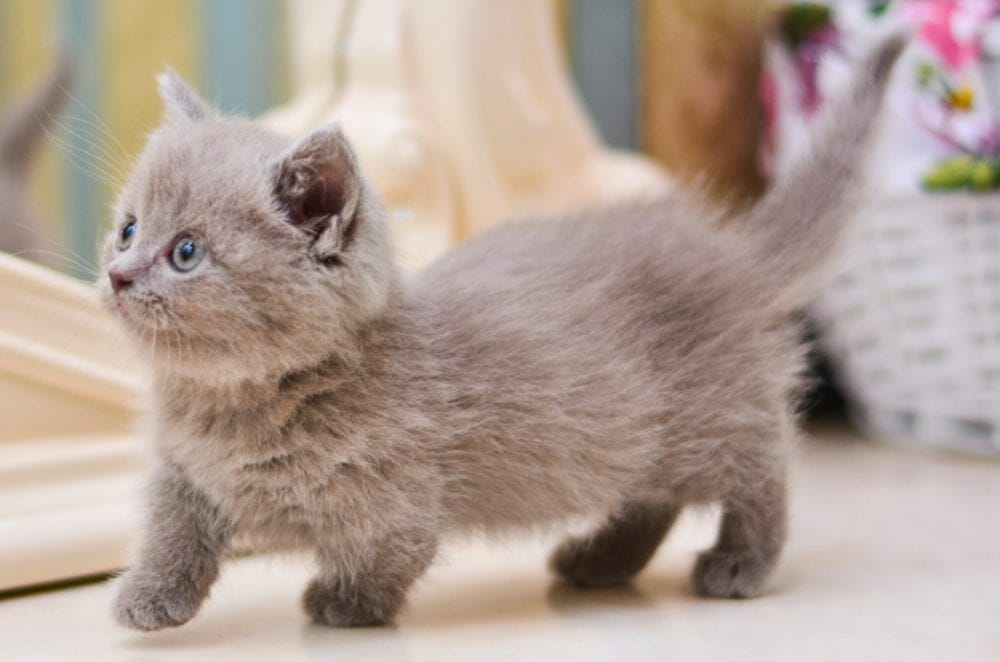 This Munchkin’s most noticeable feature is its long, rounded body. Its spine is quite long, which gives it a long appearance. This body type is coupled with short, stubby legs and a long, plumed tail.

It is easy to imagine how peculiar this breed must look when compared to its other feline relatives.

In spite of its small legs, the Munchkin cat’s body can be quite compact and solid. It has slanted eyes, pointed ears, and a plush coat that tends to vary in length.

A Munchkin cat’s coat comes in many different shades and pattern variations. Although the breed’s medium-length coat is ultra-soft, the longer coat tends to be shiny and silkier. People with allergies who want a Munchkin cat that does not shed often prefer a hairless cat breed. There is a actually a Munchkin Elf Cat as well as a hairless Sphynx cat, too, with all the characteristics of a Munchkin but without hair.

The height of full-grown adult Munchkin cats is between 7 and 9 inches, which is about 3 to 4 inches shy of what is considered a normal-sized feline breed.

Its little legs are also significantly shorter than any other cat breed.

In regards to its unique length, the Munchkin cat may be up to 1 and a half feet long.

The average weight of a Munchkin cat averages 5 or 9 pounds. Without a doubt, this breed holds an uncanny yet lovably cute appearance.

Origin of its Name

The origin of this breed’s name is the subject of some debate. Although some people believe the little cat was named by one of the first breeders, other feline enthusiasts are convinced it was conceived after the munchkins featured in the classic film, The Wizard of Oz.

In the Face of Controversy

After the introduction of this breed in the early 1990s, cat connoisseurs were less than thrilled about the seemingly deformed and asymmetrical kitty.

The International Cat Association (TICA) formally welcomed the Munchkin cat as an official feline breed, which infuriated others.

Many argue that TICA’s acceptance of this breed openly advocates for unethical breeding practices, standing as an open invitation for breeders to experiment with different physical characteristics that may lead to deformities.

Interestingly, the Munchkin cat is known to have a tendency to hoard things it finds. Because of this, it is a good idea to keep any small valuable items far out of its reach or it may be gone in a flash as it is stored away by this adorable thief. 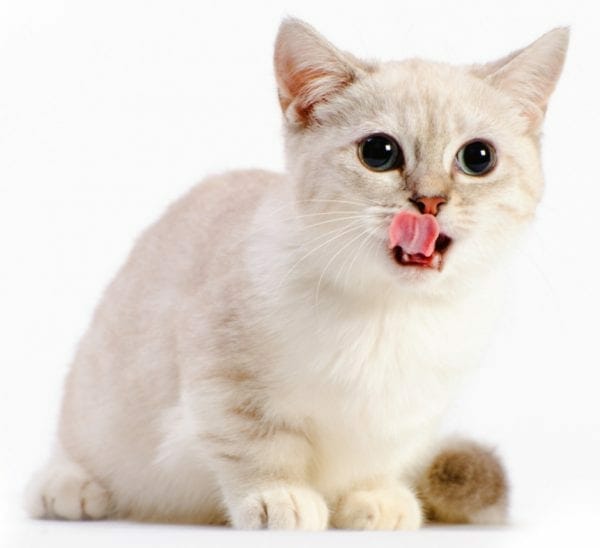 The history and early beginnings of the Munchkin cat breed began in 1983 with two short-legged strays called Blackberry and Blueberry. These cats, which were pregnant at the time, were found in Louisiana by a woman named Sandra Hochenedel.

After their kittens were born, Hochenedel realized most of the litter possessed the peculiar short and long body type. She then began giving the kittens away to close friends. It was then observed that the small populations of this breed were starting to grow and spread.

It was after this realization that a petition was sent and later accepted by the International Cat Association to formally recognize the Munchkin as a breed.

Munchkin cats and kittens get its distinctively short legs and long body from an autosomal dominant gene. This gene, in particular, is what gives this breed its stubby legs.

However, it is important to realize that for kittens and cats of this size to survive, only one parent must pass along the gene. If both parents do, the feline will not live.

For these unique characteristics to be passed on through successful reproduction, a Munchkin cat must reproduce with a different domestic feline. If Munchkins are bred together, it will produce a deformed feline incapable of survival.

The Scottish Fold Munchkin cat is actually a cross breed of a Munchkin cat and a regular sized Scottish fold cat. The result is absolutely adorable, and their coat is extra soft and fluffy. The Scottish fold ears, which are smaller and tilted downward, which is actually due to a genetic defect. One of the most widely known singers who has two Scottish Fold cats is Taylor Swift, who has helped bring notoriety to the breed itself. Another breed is the Balinese and Siamese. The two breeds have similar characteristics and traits, and many ask, are Siamese cats hypoallergenic?

Caring for the Munchkin Cat

This breed, due to is body type, may need extra help in keeping itself clean.

Nails must be kept trim and tidy. It is also important to check its ears regularly for parasites or dirt build-up.

Munchkins should be provided with ample water throughout the day. In terms of food, wet food is usually the best option.

Due to propensities toward obesity, Munchkin cats and kittens should receive food on a set schedule with minimal treats. 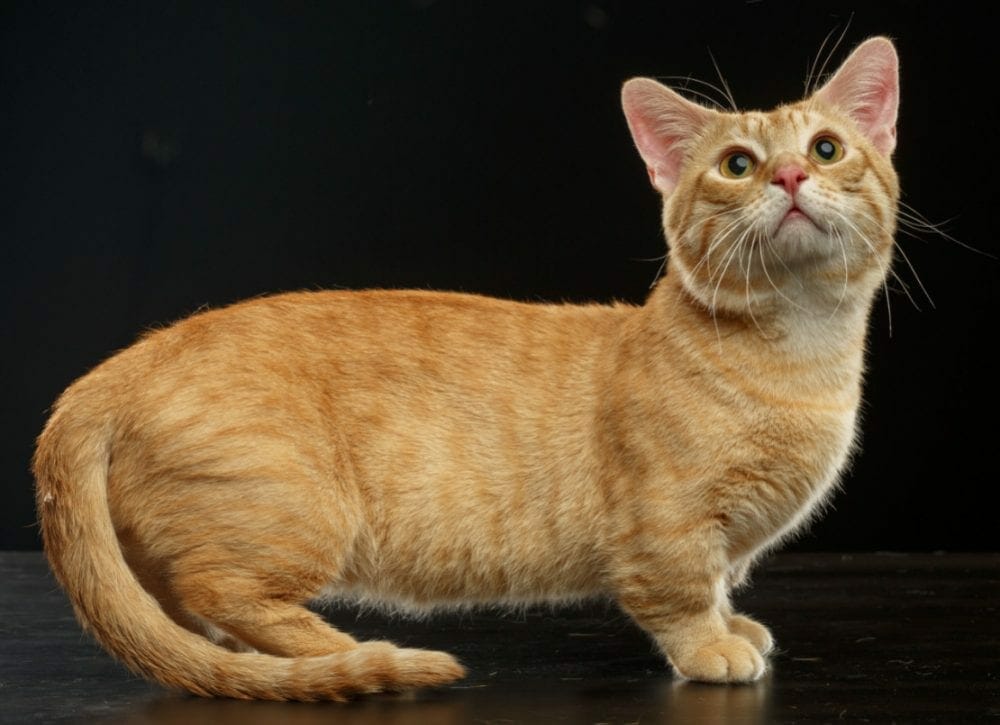 In spite of its apparent “deformities,” the Munchkin has an unusually long lifespan of between 12 and 15 years old. When the breed was initially introduced to the feline world, many had reservations that its odd body shape carried with it a myriad of health concerns.

However, it has been proven that there are no outstanding health conditions that this breed is known for that is not common for felines of other breeds as well.

Because of this, Munchkins are just as likely to be diagnosed with one of the following common medical problems during its lifetime as other feline breeds:

It is very important that, no matter what the breed of cat may be, regular visits to the vet are scheduled and kept. An examination by a vet at regular intervals could help Munchkin cats and kittens live a long and healthy life.