Cancer in cats occurs as it does in any living thing. The simple yet abnormal multiplication and separation of millions of cells are classified as cancer. This can occur in a random, uncontrollable way, which makes it nearly impossible to stop and contain.

Although some types of cancer are confined to one part of the body, some advanced cancers can violently wreak havoc on multiple body parts in a process known as metastasis. Unfortunately, it has been found that cancer will occur in 1 out of 5 felines.

Symptoms of Cancer in Cats

Unless the cancer is advanced, most cats exhibit no symptoms at all. Even more, cats are good at concealing the fact they do not feel well. This can make it incredibly difficult for the owner to discern how a feline is feeling.

However, in more progressed cases of cancer, some of the following symptoms may be seen:

What makes it more complicated is that countless medical problems also share these symptoms. It is recommended that a cat exhibiting these symptoms is taken to the vet as soon as possible to determine the root cause. If it is cancer, catching it early is crucial to increasing the feline’s chances of survival. 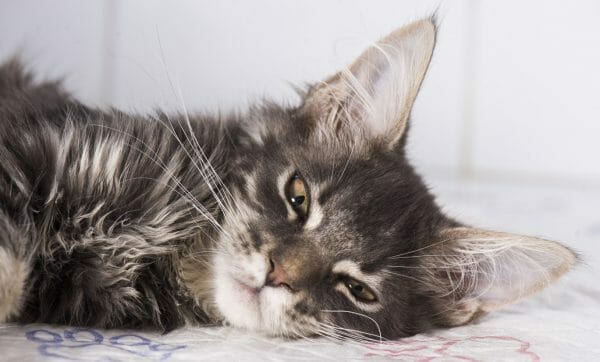 Although some rare types of cancer exist, such as those in the liver, nose, and lungs, there are three specific types of cancer that are seen with greater frequency than all others.

Due to the high frequency at which lymphoma is seen in felines, it is important to delve deeper into the primary areas of the body where it manifests. Closely associate with a positive feline leukemia (FeLV) diagnosis, lymphomas make up 30% of cat cancer cases.

Due to its correlation with FeLV, getting the cat vaccinated for leukemia can significantly reduce the chance of developing lymphoma. In order to diagnose lymphoma, a biopsy of a lymph node is usually required. Listed below are the commonly identified sites of lymphoma. 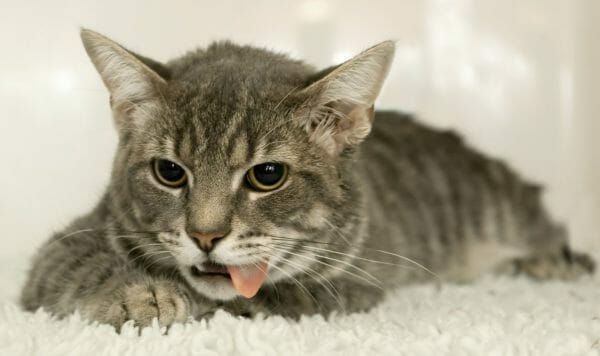 The treatment associated with cat cancer is often chemotherapy. However, the appropriate method of treatment all depends on what type of cancer the feline is diagnosed with, what parts of the body are being afflicted, and how advanced the cancer is. A cat that is experiencing metastasis may receive a much different approach to treatment than a cat that is not.

For felines that are contending with lymphoma, the prognosis is usually too poor for treatments like chemotherapy to be efficacious for the cat’s overall health. This means that, although chemotherapy may work enough to place the cat in remission for a short time, the toll it takes on the cat is usually not worth it to owners.

Therefore, many vets share the consensus that treating the symptoms more than cancer itself is the best option. Palliative or hospice care is often recommended for cats with lymphoma. Prednisolone (a steroid) is often used to alleviate symptoms that accompany lymphoma.

Cancers other than lymphomas may require radiation, surgery, or aggressive chemotherapy to put that cat in remission. Soft-tissue sarcomas and SCC often require surgery to remove cancer-causing lumps. Radiation may be administered for tumors that are impossible to remove.

Although some cancers are labeled with prognoses of a few weeks, others may be half a year or more. It is nearly impossible to predict an accurate prognosis without information such as the type of cancer, its current stage of progression, and whether metastasis is present or not. If the cancer is caught in its first stages, this can greatly improve the prognosis. In almost every case, however, the survival rate is 50% or less.

Many cat owners claim that natural treatment and holistic supplements work wonders for their cat with cancer. Although we are unable to prescribe natural supplements or guarantee their effectiveness, recommendations are listed below for perusal.

Each of these supplements works to supply immune system support and antioxidant protection for cats with cancer. It is highly recommended to consult a veterinarian about a supplement before giving it to a cat. This is vital to the cat’s well-being.